Lately, I have been doing some digging into how our health and nutrition have been changing, and what I have found is very disturbing. While the decline in nutrition began long before the 1970s, obesity has been on a sharp rise since then the way we view and consume food has never been the same. Over the past 50 years, obesity rates have shot up as people are eating less nutritious food, more often.

Today, more than 34% of Americans are considered to be obese, and it is tied to the food we eat.

Could the way we eat really have changed that much?

If you took a look back over the years to how people ate 50 years ago compared to today, and how our relationship with food has changed, it would come as no surprise why so many more people are overweight, obese, and are developing diabetes, among other life-threatening diseases, at alarming rates.

Today, food is all about convenience.

We drive through fast food restaurants because we don’t have time to cook full meals, or we grab a microwavable dinner that can be ready in minutes. There is food on every corner and in every store that we walk in, so we are continually being tempted, causing us to consume more and more food.

This problem wouldn’t be as bad if the food we were consuming so much wasn’t so bad for us. Over the years, we have traded our nutrition for convenience, and most of the food we are consuming is overly processed and contains very little real nutrition.

So what’s changed over the past 50 years?

Let’s break these down a bit more…

Food Convenience and the American Way

While fast food existed 50 years ago, we didn’t consume as much of it as we do today. In fact, White Castle, which is considered to be the first real fast-food chain in America, opened in 1921. By the ’50s and ’60s, many of the American classics began opening, such as Taco Bell, Burger King, and Wendy’s. Since then, the fast-food experience has exploded, and there is a drive-through restaurant on every corner. By the 1970s, the fast-food industry was raking in $6 billion in revenue, but today it pulls in more than $570 billion.

It has become much easier to drive through a restaurant on the way home than it is to stop at a grocery store, buy food, and take it home to cook it.

With Americans spending more time outside of the home and working longer hours, the need for convenience has overtaken the need to consume nutritious food.

Portion Distortion Lining the Pockets of the Food Industry

Along with convenience, comes the availability of more food. Food is so easy to get and consume, that we are eating more of it.

Over the past 50 years, especially meals provided by restaurants, have tripled in size. These larger portions have contributed to the amount that people are eating. Not only does it put more food in front of us, which we then eat without question, but it has taught us that these portion sizes are normal. It has distorted our view of what healthy portion sizes really are.

Over the past 20 years alone, people have been consuming more than 300 calories a day, on average. This number greatly increases for people who eat out often. If you were to eat out for every meal, on average, you would be adding 1,500 calories a day to your diet. That is 500,000 extra calories every year!

Studies have shown that people who are given larger portions naturally consume more food than they typically do. In one particular study, people were fed different portions of mac and cheese on different days.

When given the largest portion, they consumed 30% more energy than when fed the smallest portion, and despite the difference in portion sizes, the subjects reported similar ratings of hunger and fullness after eating.

Eating the smaller portion did not make the subjects feel any more hungry than when they ate the larger portion.

In fact, 55% of the subjects didn’t even notice the difference in portion size. This same concept was applied to portion sizes of other foods and snacks with the same results. This would suggest that often, we don’t realize just how much we are eating, but rather are just eating what is put in front of us.

These larger portion sizes began in 1967 when a movie theater in Chicago realized that they could sell people a larger popcorn and soda with minimal costs to the company, as most people would not come back for seconds but would happily buy larger portions. By 1972, McDonald’s picked up the same strategy, selling people larger portions at a price that was cheaper than if they were to buy two portions.

This trend has since continued and become the norm, allowing the food industry to make bigger profits at the expense of their customer’s health.

50 years ago, we didn’t’ consume all the processed food we do today; food that is filled with added sugars, trans fat, and hardly resembles its original form. Many Americans eat more food today that is processed than not processed, and this is due to several factors, and it all comes down to selling you more food and making as much money as possible.

The need to make food last longer, be addictive and sell more has led to three major changes:

In the past 50 years, the food industry has focused on making food that is cheap to make will make you want to eat more of it, so you buy more, and has a long shelf life. Their goal is simple: Make food cheap and addictive.

For example, in 1974, Kellogs started talking about the most important meal of the day: breakfast. This was a marketing tactic to sell more cereals and other breakfast foods. One of the issues is that what they sell are processed products full of sugar and nothing close to whole foods.

The foods they were selling had a longer shelf life, which was convenient and easy to make, and it was relatively cheap to buy. This, combined with the marketing tactic of making breakfast the most important meal of the day, made these types of foods more desirable to consumers.

Since then, the amount of processed foods has skyrocketed, and the shelves of our grocery stores are now lined foods that are filled with added sugars and manufactured ingredients.

This impacts the health of everyone who consumes these foods, including you and your family.

We eat cereal for breakfast before we go to work. We are then so busy at work that we rely on fast-food for lunch. By the time the day is through, the last thing most of us want to do is go home and make dinner, so we again turn to fast food or something we can pop in the microwave and have ready in minutes.

And what’s worse? We are doing the very same thing to our kids. They get up in the morning, and the first thing we feed them to get them out the door in a hurry is cereal or a pop-tart.

All this consumption of added sugars, refined carbs, and processed foods also increases inflammation in the body and causes someone to gain more weight, both of which can ultimately lead to diabetes.

It’s the consumption choices that we have made over the years, and how diet has changed since 1970 that has the biggest impact on our overall health.

It is disturbing what only 50 years have done.

How to Live a Healthier, Processed-Free Life

Once you understand how food has changed over the years, you better understand how to keep yourself healthy, lower your risk of diabetes, and lose weight. By being conscious of what you eat, and how much you are eating, you gain more control over your life and your health.

Stop reaching for convenience and pay attention to the foods you are consuming. Avoid added sugars, refined carbs, and processed foods.

If it comes from a drive-through or is stored in a box, then chances are it isn’t the best for your nutritional needs. Stick to whole foods that are as close to nature as possible.

Remember, food is fuel for your body, so give it the best. Food is not meant to be entertainment. 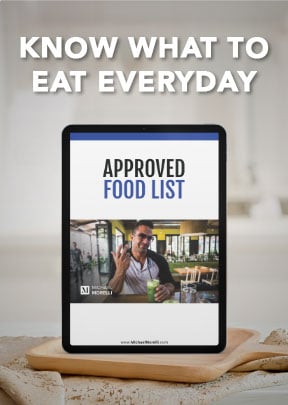 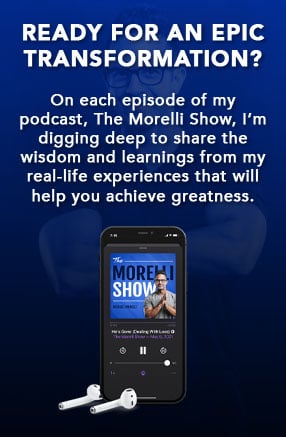 Ready to change your life?

Simply click the button below to get started living the life you’re truly meant for.

let’s do this!
Recent Posts 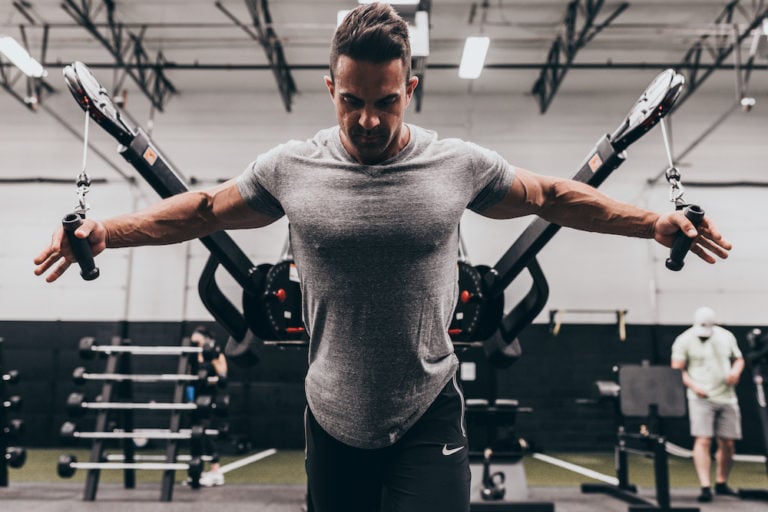 How to Use the Power of Belief to Surpass the Impossible 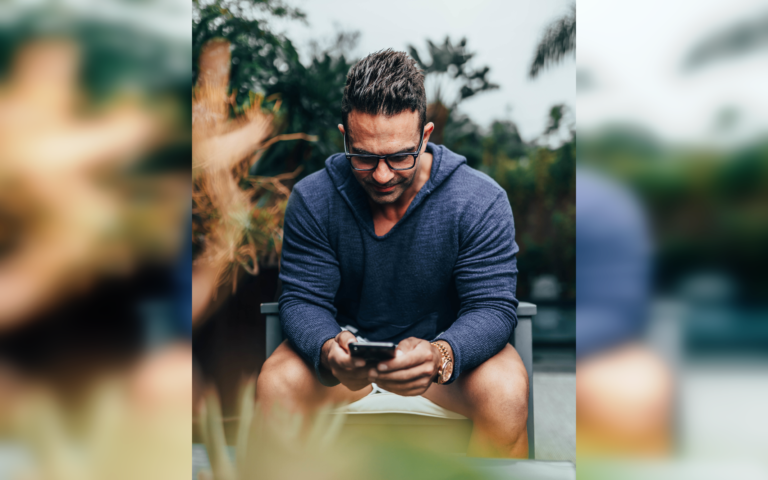 How to Smash Your Communication Barriers By Getting Vulnerable 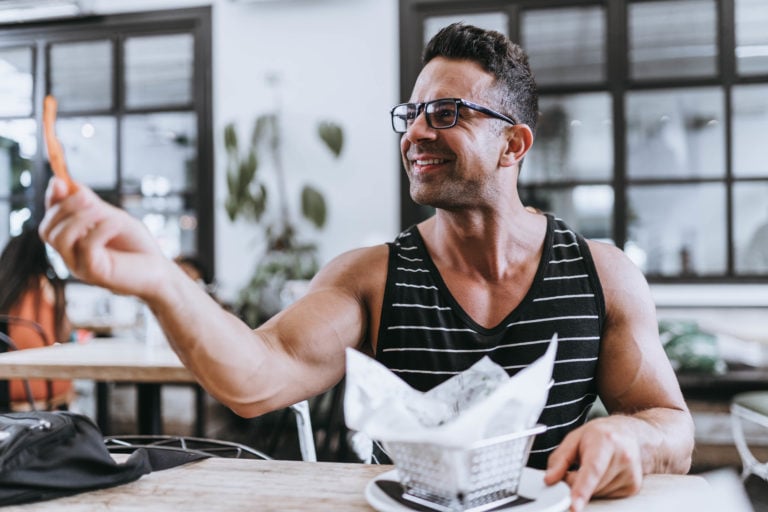 Understanding Inflammation – Your Life Depends on it

Get a weekly dose of MOTIVATION from Michael in your inbox